This month’s NUX Newcastle is on Thursday 26 September 2019. It is at Bamburgh House, Market Street East, Newcastle upon Tyne, NE1 6BH.

All about usability testing

This month we have two great talks with different perspectives on usability testing.

Jamie Campbell will share some of the things he and the team at Newcastle University have learned and developed over the last 2 years to help their user testing sessions, from organising, recruiting for and runnings sessions, to summarising what they’ve discovered and sharing it with their wider teams and stakeholders.

Tom Devlin from User Lab will talk about what he’s learned from 3 years of running a professional usability lab. He’ll also give some tips for those interested in setting up their own portable or mobile labs. 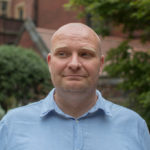 Jamie Campbell is a UX Designer at Newcastle University. His varied and people-focussed career has led him through a wide range of roles; from guerrilla marketing of events, to delivering art workshops to disadvantaged young people. He now finds himself practicing and evangelising human centred design at a leading institution – though he’s not sure how! 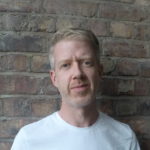 Tom created UserLab 3 years ago. In that time, he’s designed the north-east’s first dedicated UX lab (used by Amazon, Deliveroo and the BBC) and has grown an in-house research team. Before that, he was a senior researcher at NHS Digital and the UK government, where he led on several GOV.UK services and trained a team of junior researchers. His areas of expertise are usability, accessibility and user-centred design. As a busy father of 2 young children, he doesn’t get time to do much else outside of work days but still manages to find his zen by growing ornamental bamboo in his back yard.