The next NUX Newcastle event is on Thursday 27 September 2018. It is at our new home, Bamburgh House, Market Street East, Newcastle upon Tyne, NE1 6BH. Bamburgh House is just 2 minutes away from Campus North.

Martin Underhill will show and talk about common user interface patterns that might look great but can be inaccessible or even just inconvenient to a lot of people. Luckily, he’s also going to give us some advice on how to put them right!

His talk will look at both the design itself and the HTML it’s built with in a simple, easy-to-understand way. 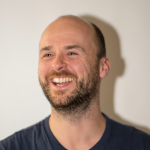 Martin is an interaction designer. He worked as a freelance web designer and front-end developer for nearly 10 years before he started designing and building digital services full-time a couple of years ago. Martin loves getting stuck into a product, fighting for user needs and making a lasting difference.

You may recognise him as one of the organisers at Frontend NE, a monthly meetup and annual conference for frontend web developers.