This months’ NUX Newcastle event is taking place on Thursday 18th June and will be in our regular venue at Campus North on Carliol Square, Newcastle City Centre.

We are all stakeholders – design systems for citizens and public servants

Do you know anyone whose life is untouched by government electronic and information systems? Indeed, the usability of government systems affects us all — all seven-plus billion of the Earth’s people. Even if we ourselves never visit a government website to apply for a driver’s license, vote online, pay a parking fine, or obtain a travel authorization to visit the United States, as taxpayers we bear the costs of usability problems in the systems that our governments use to conduct their business and provide us with services.

This talk will cover how government systems intersect with UX work. It will include many examples of diverse kinds of systems, including: 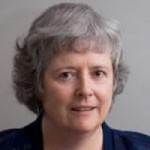 Elizabeth is a researcher and user experience consultant based in the United Kingdom. She has conducted user research and interaction design for projects in the US, the UK, and Italy and has focused on government systems (with a few non-profit and commercial systems thrown in for good measure). Her government projects have ranged from public websites to internal social media web apps to touchscreen kiosks to spacecraft control centers; their user populations have ranged from the worldwide general public to the astronauts on board the International Space Station.

Elizabeth is the co-editor, with Dianne Murray, of Usability in Government Systems: User Experience Design for Citizens and Public Servants, the only book that addresses the intersection of UX and government systems.

How to find us